Thunder clapped around the base of the red metal arms tearing up through the soil and fog. An uncountable number of drones shot from the launch bays on its back, streaming laser beams and orange juice streams, all moving as a single entity at the bidding of its master, attempting to quell the fiery rage of these links.

Emmanuel Shiu – Been a few years since we’ve checked in with Mr. Shiu. He’s been busy, creating concepts for films such as Mars Needs Moms, Bladerunner 2049, and others.

Root Bench – I have a mind to build one of these in the middle of our 10-acre wood, if it wouldn’t turn into a home for snakes and wild things.

Thunderbird in the Dust – Winners of the 2018 National Geographic Photo Contest with wallpapers of each shot available for download.

Mars Insight – The Insight has landed. These are the images thus far.

Wall•E Typography – What typography was used in the movie Wall•E? I’m glad you asked. Types in the Future breaks it down.

Iconian – Dan Zadorozny’s site with fonts with his amazing (and free) futuristic fonts featured in the previous link.

Facades – Mostly cathedrals, large cathedrals, photographed by Marcus Brunetti, with verticals that make it look more like a drawing.

Bronco – Gateway Bronc has been restoring Ford Broncos for years. They’re not cheap, but if you’re a fan like me, you’ll appreciate each one.

SOS – New music from Millencolin? You better believe it. And killin’ it as usual. Album out February 15. 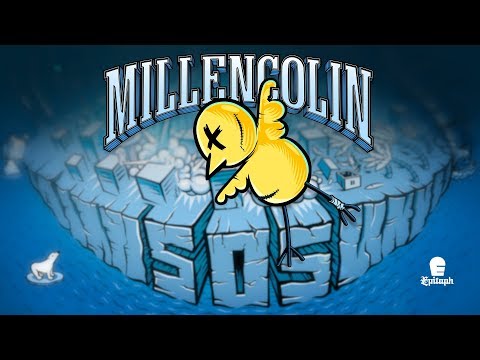 Are Your 3D Designs Being Stolen?