When it comes to superheroes, their weapons of choice are almost just as iconic as the heroes themselves. Superman has his superpowers, Batman has his Batarangs, Iron Man has his flying indestructible suit and Captain America has his iconic shield.

It’s the latter that the talented CAD designers, swordsmiths, blacksmiths and fabricators at Baltimore Knife & Sword decided to use for one of their recent ‘Man at Arms: Reforged’ videos.

Every week the designers and fabricators over at BKS forge iconic weapons from various pop culture sources ranging from comic books and movies to TV shows and video games.

While Captain America actually uses a single large shield, we think that these smaller and more portable versions are just as nifty…especially since they’re throwable for us mere mortals!

Take a look the video below that starts off with some sketches, moves into some CAD/CNC development and ultimately becomes a final, fabricated product…a great video to show in itself for anybody who is unfamiliar with how things get made: 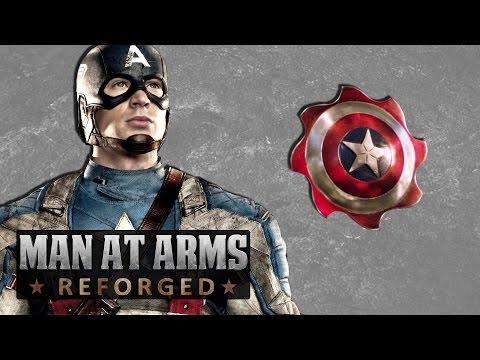 If you’re dying to see a piece of weaponry from a pop culture item come to life, the crew is also taking requests via their YouTube Channel page.