It can be baffling how CAD encompasses a seemingly infinite number of fields: from animation, to product prototyping, to homemade 3D printing.

Matt Rittman is a practitioner in one of these many fields. He’s a 3D generalist and a motion designer, to be more specific. He is eager to share his knowledge of Cinema 4D with everyone via his YouTube channel. While most of his recent videos consist of Cinema 4D tutorials and finished renders, his biggest hits are definitely his gun renders: 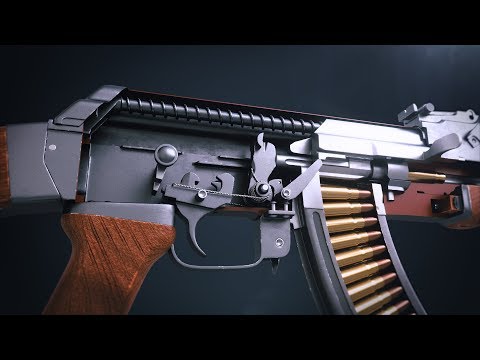 His first gun video gives us an insight on how an AK-47 assault rifle works. Just as with all of his animations, this one was made using Cinema 4D and After Effects. Once the animations and design were finished, he used Corona Renderer to apply realistic textures and reflections to the gun and its parts.

I won’t go into detail about how the gun is fired (that’s what the video is for, after all), but I want to give a special mention to the way he focuses on the gun parts as they go through their animations.

As each part is described, it is given a small yellow highlight to give emphasis to the details. This, coupled with the worded descriptions below, makes it easy to understand which parts are being discussed at the moment. It might have been better to hire a narrator to explain these things instead of putting in such small subtitles but, hey, it gets the job done.

This AK-47 video was made back in November of 2017 but still features animations and camera close-ups which are as smooth as butter. 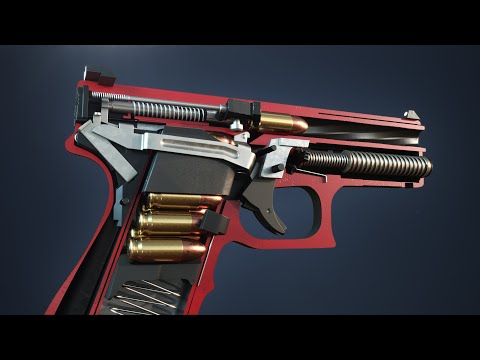 Matt Rittman’s next gun CAD animation wouldn’t see the light of day until July of 2019. This time, however, he’s traded a fully automatic assault rifle for a more compact Glock.

Right off the bat, you can see how much his animation skills have improved. There are more moving camera shots and close-ups of the firearm, and the overall details have a sharper quality. This could also be a result of Rittman’s use of a new texture program, Substance Painter. Just like the AK-47 video, he made this animation using Cinema 4D while the Corona Renderer was used to finalize the renders.

He also had a narrator to explain each animation and, boy, it worked wonders. Now you can actually admire Rittman’s hard work instead of reading subtitles! Considering it took him over 500 hours to create and animate this digital handgun, I’m pretty sure he appreciates it. 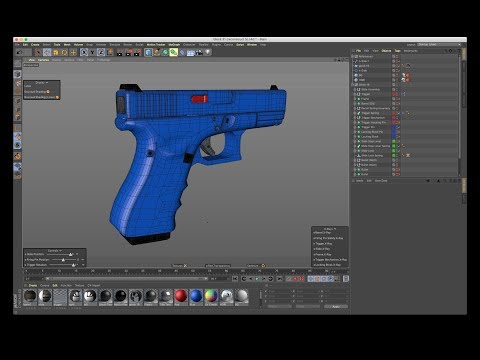 Matt Rittman even hosted a one-and-a-half-hour long stream explaining how he created this 3-minute long video.

So, if you want to see from a firsthand account just how much work is put into a short animation like this, you should definitely give it a watch.

Just How Reflective Is A Bottle Of Liquid Mirror Paint?