You’re either a Lord of The Rings fan or a Harry Potter fan. There is no “both” or “neither”; magic fans only deal in absolutes. That said, this LEGO-domino creation by Lily Hevesh is for the Harry Potter stans. 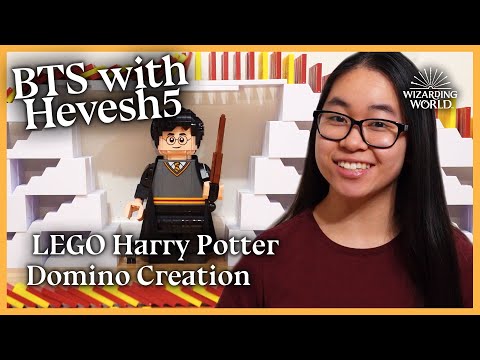 According to Lily, a screen link is a video editing trick where multiple shots are made to look connected. Using a similar red and gold color scheme for the dominoes and LEGOs helps sell the illusion that the single line continues throughout the 3-minute video.

Multiple Harry Potter scenes can be found throughout Lily’s masterpiece. These include a LEGO wizard chess set (complete with a falling king piece), a diorama of Fawkes the phoenix rising from a pillar of flame, and a domino line that sends Hogwarts acceptance letters falling down the fireplace!

It wouldn’t be a Lily Hevesh production without her signature domino builds. There’s a Sorting Hat and a broomstick chain among them, but the most significant undertaking has to be the Harry Potter logo domino field. Lily stacked 5,487 dominoes over a 9-foot space using a domino template. This evenly spaced out the dominoes and allowed her to focus on making the logo.

She also added a couple of Rube Goldberg machines using Harry Potter-themed props to make things more interesting. Once each attraction was done, she set it off, recorded the footage, and began making the next one.

And what does it all look like when edited together? Well, see for yourself: 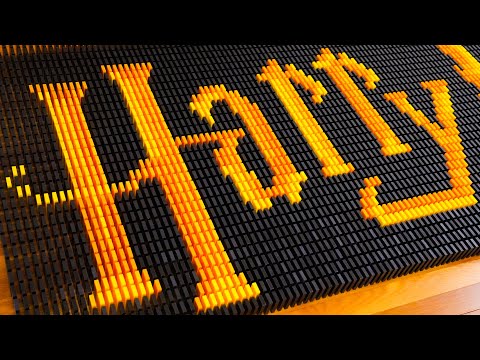 If you can manage to tune out the clinking sound of dominoes and LEGO blocks, you can appreciate the smoothness of the chain links falling on each other. Being able to see all the chains fall perfectly must be even more satisfying for Lily, considering she had to build and rebuild them multiple times to get them just right.

You can find more of Lily Hevesh’s domino chain reactions on her YouTube channel, Hevesh5.