I’m a bit giddy. It would seem the spirit of open source is alive and well at MakerBot… Well, as much as it can be for a corporate-owned, publically-traded entity beholden to shareholder demands and selling product shrouded in IP protection. Be that as it may, for the first time in a long time, we’re seeing on the pages of MakerBot such words as ‘modifiable hardware design’, ‘interchangeable nozzles’, ‘experimental’ and our favorite ‘designed to be hacked’. 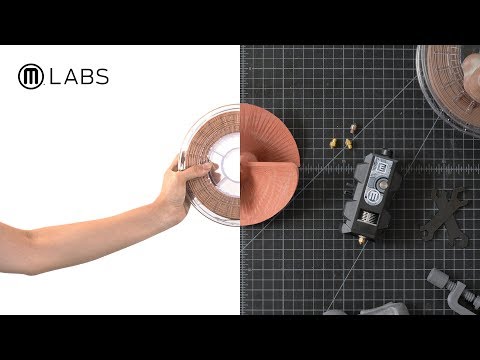 MakerBot has launched MakerBot Labs. But that’s just part of it. It’s being described as a ‘new experimental platform’. MakerBot Labs is one product of this platform (you can find it on their website under the Products drop-down menu) and there are four other components to the platform that capture the heart of what spurred the growth of the maker movement and, likewise, 3D printing.

The MakerBot Labs platform is aimed at providing you more hardware options and methods for printing. They’re kicking this off with a new Experimental Extruder that offers “a modifiable hardware design and interchangeable nozzles” with simple swapping between other extruders. 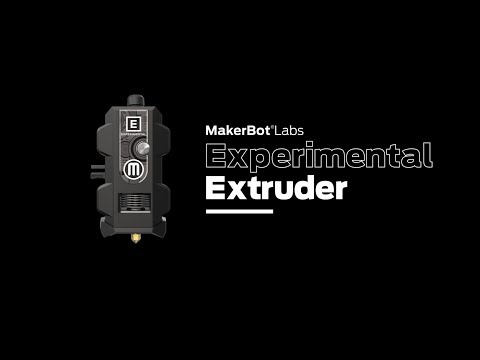 This is the hub of it all. MakerBot Labs is a platform, but it’s the community that drives it. MakerBot Labs is a group on their Thingiverse website. It’s here you can join, discuss projects, mods, share print modes and API files, and share what you’re making with it all.

MakerBot Print software is gaining the ability to import and export custom print settings. The new version of MakerBot Print (2.7) has features to support the Experimental Extruder – download here. More options are never a bad thing, and we hope this is just the beginning of ways in which the software is able to be customized. Until then, your best bet may be…

MakerBot has provided API access for developers to expand the capabilities of the MakerBot software and hardware. It’s available through the MakerBot Labs GIT repository . No doubt, we’ll see some interesting developments come out of this. If you’re fast, you can be the first one to start a topic on the MakerBot Labs API forum board.

Right now, it’s all a fine line of providing the reliability, dependability, and ease of use MakerBot has worked hard to get to but letting people experiment within those parameters. Can that be done without compromising one or the other? We shall see.

If you’re interested in putting MakerBot experimental products to the test, pushing them to their limits and getting in on the cutting edge developments in the community, you can learn more at makerbot.com/labs/ and join here.

On a side note, the announcement of the MakerBot Labs initiative is interesting. In it, MakerBot CEO, Nadav Goshen, says:

“This release marks another stage of MakerBot’s growth and 3D printing leadership. MakerBot built the industry’s first desktop 3D printers, then the first fully connected 3D printers, and most recently launched solutions for Educators and Professionals that go much wider than our hardware offering. Focusing on these customers’ needs, we learned that the main barrier to wider 3D printing adoption was the lack of a reliable and easy to use solution. [Now], after setting the industry standards for what makes a quality and reliable 3D printing experience, we’re introducing this new, more open platform as a direct response to our advanced users calling for greater freedom with materials and software. This comes as an added option to our advanced users who are looking to experiment, but still need the industry’s best reliability out of the box. MakerBot is especially proud to offer the flexibility and experimentation that MakerBot Labs adds to our existing solutions.”

Though there’s not a direct reference to MakerBot’s roots in the open source, experimental community, big props to Nadav for recognizing the importance that it played. Does mama-bear Stratasys support it? There wasn’t a whisper of it on the Stratasys blog or social media (even though GrabCAD got some love for hitting 4 million users), all while the news of Labs has dominated the MakerBot Facebook and Twitter stream. It may be that opening up hardware/software dev to the general population is slightly out of Stratasys’ comfort zone, but here’s hoping MakerBot gets the support to make MakerBot Labs a roaring success where the next generation of makers can explore everything that captures the wonder of 3D printing.

designed to be hackedmakerbotmakerbot labs
0