With all of the excitement centered around space exploration as of late – thanks in no small part to Elon Musk’s one-man PR machine – it comes with little surprise that model rocketry has exploded in popularity within the past few years. While hobbyist companies such as Estes Rockets have been developing model rockets for years, today’s rocket builders have been upping the stakes with self-made models that go further and faster than ever before.

The hobby was developed during the “space race” era as an alternative to amateur rocket activity – which involved metallic airframes and dangerous propellants that were responsible for injuring and sadly, killing some young amateur space explorers. While builders today are creating larger rocket models that were previously responsible for injuries, new technologies (and perhaps an increased awareness of common sense) have allowed the enthusiasts to have better control over the launch outcomes and data collection to use towards future launches. 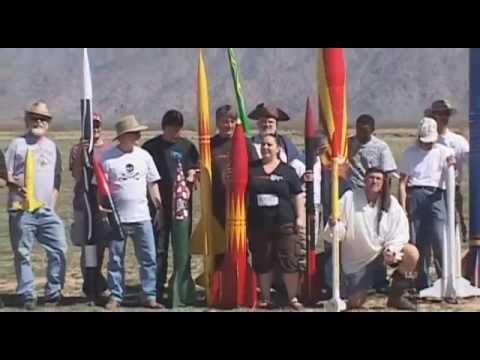 Among others who have been dedicating hours to the craft are a group of enthusiasts from the state of Victoria, Australia. The team, who call themselves Rocketry Victoria, have until recently been focusing their efforts on creating the world’s largest amateur rocket to be successfully flown. While other rocket designs have gone higher and faster than their projected estimations, the club’s goal was simple: “GO BIG!”

…and go big they did: 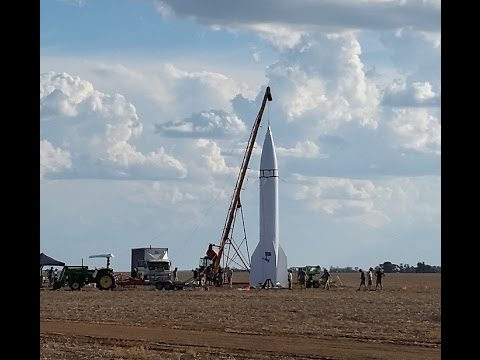 Although the launch didn’t necessarily reach a high altitude that some may expect (for those interested in numbers, the flight data hasn’t been released yet), the point of the launch wasn’t about height – it was to test the rocket’s motor and recovery of three separate parachute-equipped sections for a future (and subsequently, much more powerful) launch. The team’s rocket is a 1:1 scale replica of a V2 missile, which was the first rocket to reach the edge of space and was also America’s starting point in the space race.

Find out more about the build process and what the crew is planning for the next launch over at WorldRecordRocket.com.