The Centauro Search and Rescue Robot is a Modern Engineering Marvel

Even though they’ve come a long way in a short amount of time, no search and rescue robot can truly replace the skillset of a human fireman—at least, not yet. Apart from better decision-making skills, humans aren’t as clumsy when it comes to lifting heavy loads off of disaster victims. Still, they are only human, and with this limitation comes the inability to traverse overly hazardous terrain and carry more than the human body is capable of. 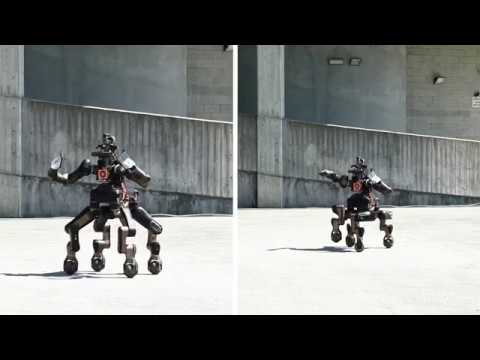 Created by the Humanoids and Human Centered Mechatronics Lab at the Italian Institute of Technology, the Centauro project is a four-legged, anthropomorphic robot controlled by a human operator using a telepresence suit that provides situational information including audio, visual, and upper body haptic feedback.

As if feeling like you are the robot isn’t enough, AR technology allows the driver to see suggested actions based on the current situation. Say an identified human is stuck under a pile of rubble; the Centauro will post suggestions as to where and how to best remove the debris without putting them in more danger.

Autonomous robot skills for navigation and routine manipulation are being developed for the project to compensate for latencies in communication between the Centauro and the driver, while also making the task of controlling the giant robot easier.

But you want to know what the Centauro can do, don’t you? 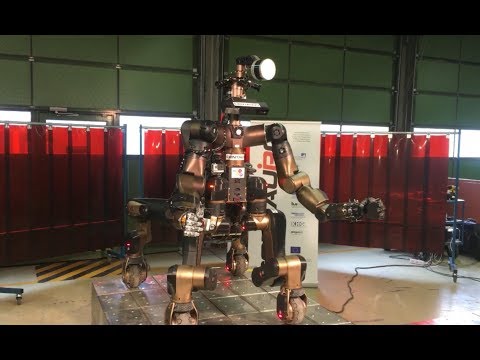 Apart from its outward appearance looking like a robot centaur (hence the name), the Centauro navigates uneven and debris-filled terrain using compliant actuators and its four strong wheeled legs. It can climb stairs, traverse rubble, and move through partially collapsed areas to reach its point of rescue.

Once it reaches its destination, the robot can use its heavy-duty arms to carry and manipulate various objects: it can lift your standard 6kg cinder block, connect hoses to water valves, open doors, and most importantly, karate chop the living daylights out of any piece of wood that gets in its way.

Thanks to its sturdy body, the Centauro doesn’t need any prior fireman or martial arts training to do the things it does. And since the project was fully funded by the European Union’s Horizon 2020 Programme, it could just be a matter of time before rescue robots save their human masters for a change.

What Is 3D Audio Tech? The Unbelievable Startup Story of Hooke Audio [Interview]

Take Your New Invention Idea to the Next Level with InventHelp