While original Apple 1 computers have been fetching over a half-million USD at auction over the past few years, even Apple 1 replicas have been going for more than a current-day Macbook Air…to the tune of around $1,200 on eBay.

The Steve Wozniak-designed machine that started it all has a storied history that even Woz himself had to clear up this morning on Gizmodo.

While some claim that the computer was born out of Steve Jobs’ garage, Woz claims that it was actually born out of his cubicle and Cupertino apartment while he was working at HP. After presenting the idea to Paul Terrell of the Byte Shop, Jobs and Woz secured an initial investment to build stocked and working PC boards.

“We sold maybe 100. Jobs did all the business, getting parts, getting sales, getting publicity, from his bedroom,” Said Woz.

“The manufacturing was done in Santa Clara at the same place the PC boards were made. The garage had a bench but was only really needed part of a day each week to check out the boards and make sure they worked.”

More recently, everybody’s favorite garage tinkerer and modification mad-man Ben Heck has decided to set out and build his own Apple 1–with explanatory instructions if you’d like to follow along–on his popular YouTube channel, The Ben Heck Show:

“Ben decides to take on another retro 8-bit computer project and builds an Apple 1 from scratch. He wires the CPU, ROM, and RAM to a PCB and adds some logic gates for memory addressing. With this basic 6502 computer complete, he uses an oscilloscope to take a look at what the CPU is doing. The digital data shows that the 6502 is functional.”

The 20-minute video is the first of a three-part series where Ben will be building and testing his Apple 1 replica from scratch: 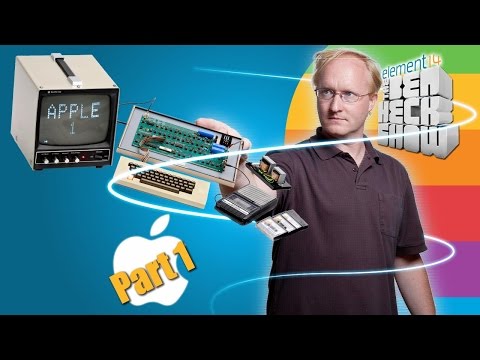 Be sure to check into the other two parts of the series series on Ben Heck’s YouTube channel.

How Much Should You Charge as a Freelance Product Designer? This New Tool Might Help.