I know a lot of people who would let out a blood-curdling scream if you told them a ‘Mantis’ was on their shoulder. Especially, if their shoulder was being pinned down by this massive beast. The Mantis Robot is the creation of designer Matt Denton. It’s no ordinary robot and he’s no ordinary designer. Matt runs Micromagic Systems, an animatronics studio in Winchester, Hampshire UK. If the Artisan’s Asylum made an impact with Project Hexapod, Matt just increased the cool factor 10 fold and added the possibility of hexapod combat.

From the coverage about Matt’s robot, you may think Micromagic is your run-of-the-mill animatronics house. However, they also have a robotics lab. The Micromagic Systems Robotics Lab (MSRL) is the product arm of the company and will ring some bells for some. This is where you can get the MSR-H01 Hexapod kit along with other robotics parts and kits.

The Mantis Robot is the culmination of their expertise in robotics and four years of design, development and manufacturing. The version you see here is actually the second version of the largest all-terrain hexapod in the world and we’re convinced Japan is quite jealous. The bot weighs in at 4200 lbs (1,900kg), stands 9.2 feet (2.8m) high and runs a Perkins 2.2 liter turbo-diesel engine. It can be controlled manually on-board or remotely via WiFi. The hydraulic system is even more impressive, with enough actuators and valves to allow it to move fluidly, tuck its legs and navigate uneven terrain.

The debut operations video is impressive as well and gets the much deserved dubstep accompaniment music as it makes its way through the industrial landscape. 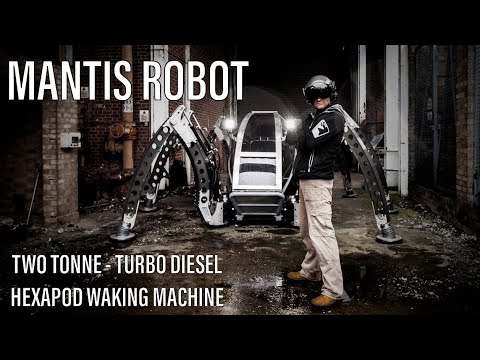 And, you’ll want to see the walk test… 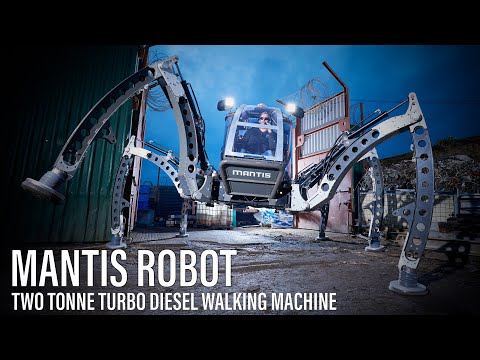 What is the foundation of the Mantis develop? Here, Matt discusses and demonstrates his various Hexbots units at the V&A exhibition, Power of Making. You’ll see some of the smaller Hexbots as well as more complicated bots that can sense ground terrain or recognize faces–the ingredients that both robotics dreams and nightmares are made of. 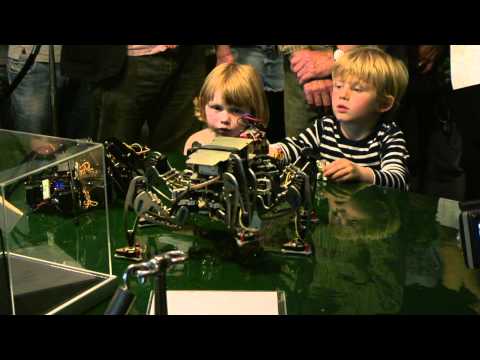 Finally, for more detail on the build, you’ll want to head over to the Mantis Hexapod Build Diary. Started back in June of 2009, it’s chock full of images, diagrams and insight about the construction and challenges that go into such a project. You’ll find many more images on their Facebook page as well. Of course, it would be nice to see these moving a tad faster, but I’m sure Matt will get there. Until then, I think the International Hexapod Robot Combat Leagues can start organizing.

Thanks to Alex.
via BBC

Matterform's Photon 3D Scanner is a Point Cloud of Beauty