Yesterday, SolidSmack posted on the Electric Loog Guitar—a sort of build-a-guitar kit that encourages customization. While build-a-kits have been in existence for decades, there seems to be a resurgence in interest for both adults and kids alike. After raising over $160,000 on Kickstarter with 29 days left to go in their 30-day campaign, the Kano Build-a-Computer Kit just might have found the sweet spot that people are looking for in STEM-based ‘kits’.

‘It Shouldn’t Be So Hard to Get Started’

As the above video states, seven-year olds are looking for a way to learn and create with Raspberry Pi that’s as simple as building with LEGO toys. With the surge of coding and other digital applications that are increasingly being pushed into STEM curricula (or at the least, will be integrated into STEM curricula), there are a myriad of opportunities for teaching both the hardware and software side of computers:

“We often draw lines between things: art and science, code and design, STEM and the humanities. It makes “digital literacy” seem like brussels sprouts – good for you, but hard to chew….it shouldn’t be so hard to get started – to make, play and experiment right out of the box.”

In their clever pre-campaign marketing video, the Kano team presented just how easy it is to assemble their product and get fired up into coding with it: 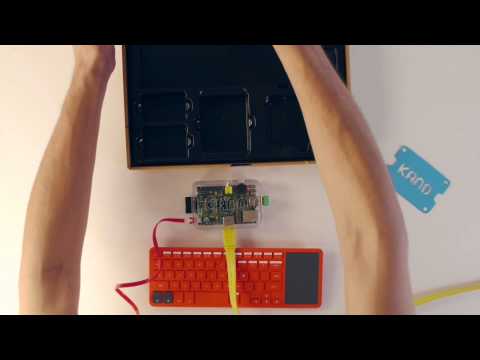 Among other possibilities, here are a few of the things that the Kano team sees the sub-$100 computer being used for:

If building a Raspberry Pi computer sounds like it’s up your or a comrade’s alley, here’s everything you get for the $99 cost-of-entry:

The Electric Loog Guitar: Don't Just Wail on Your Guitar, Learn How to Build It!

Are Audio: Watch These Wooden Speakers Get Made by Hand From Scratch