This is what I would truly call ‘a 3D movie.’ This ‘3Drehkino’ is a series of 3D printed figures of a man walking. An LED is triggered by each passing figure in his appropriate pose, illuminating it and giving us the illusion of motion. Tobias Krawutschke designs all kinds of Zoetropes (which you can see here), but recently jumped into 3D printing. This particular ‘disc’ was printed by Shapeways. Tobias has kindly documented the whole process. You can make your own Zoetrope and have tiny little men running around your workspace! 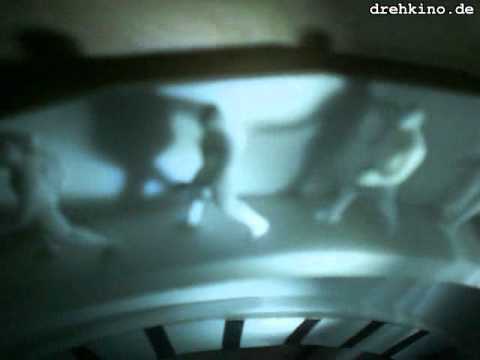 I am grateful to Mekry who made this 3D figure including the walk cycle available via blendswap which I took for this 3D disk. This made it easy for me as untalented 3D modeler to quickly produce results: I started with exporting 29 single .stl files of each frame of the walkcycle. I measured the step length, did the maths and wrote a script that scales, rotates and translates the figures to the right positions. The base of the disk including the ring the figure walks on was manually created. The execution of the script populates the disk with the 29 figures.

Meanwhile in California, Dr. Gary Aden has been carry out his own basement experiments. This one is not 3D printed, but that does nothing to detract from the sheer awesomeness. 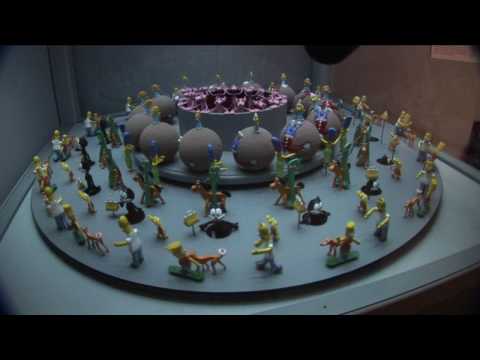 Made with two HP DC electric motor, a few LED strobe lights going at about 15 frames a second, its an impressive DIY design. Anybody could cook up a little Zoetrope with some time, a record player and a 3D printer (or a supply of lego or action figures). Gary also teamed up with his son Daniel Aden for a Android-themed Zoetrope (Daniel is employed by Google). Note the cute Android skating around on the edge! 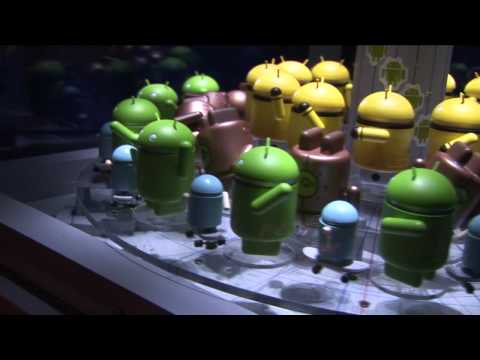