Behind The Scenes With The Beach Chess

Editor Note: August 7th, 2014 – It has been brought to our attention that Tim Callahan is not the originator of this product. On June 21, 2013, Industrial Designer Diane Bayard submitted the Beach Chess idea to Quirky. On July 19th, 2013 is was selected for development. Tim took the idea, 3D printed it and claimed creation–Do not support his campaign. You can find the real product, ’Dés d’échecs’, on Diana’s website.

There are plenty of things to do at the beach besides getting tons of sand stuck in your butt cheeks – surf, build sandcastles and of course play some chess. Ok, chess was not on your list, but perhaps you should consider it, given that we have designer Tim Callahan in the house, talking to us about his pet project on IndieGogo – The Beach Chess. 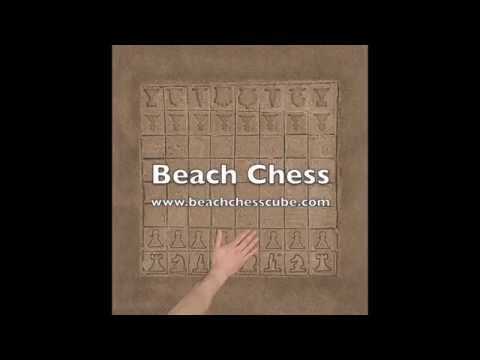 We asked Tim what inspired him to create the Beach Chess?

Tim – Every summer I go to the beach at Coney Island with my good friend Mark and we would usually bring a chess set. One time I forgot to bring it and I started brainstorming ways we would be able to play without a set. I thought we could just draw the pieces in the sand and that led me to think of creating something that would allow you to print chess pieces in the sand. When I realized you would need six unique pieces it just sort of struck me that there are also six sides to a cube and Beach Chess was born.

Tim has an interesting story on how he got into designing and business of things.

Tim – I got a master’s degree in Finance about a year ago but have been unable to land a job. I started considering entrepreneurship and began to keep my eyes open for possible unique product ideas. I hope I can be successful with this campaign so I can open a dedicated online store for the product and begin brainstorming my next product idea.

As for the key innovation in his process, Tim says that he 3D printed the prototype but his goal is to have it made with injection molding so that he can sell it at a more reasonable price. However the cubes would be too thick to make with injection molding, as there would be sink marks and other imperfections. After some brainstorming he came up with the solution to have it made as one flat piece in the shape of an unfolded box but with hinges on each side so it could be folded up into a hollow cube.

His biggest challenge so far has been getting the message out about the campaign. That aside his first step was to sketch out exactly what he wanted so that he could pay an online freelancer to draw up a computer drawing for that could be 3D printed. Next, he found someone online with a 3D printer to print the prototype and finally he worked with Protolabs to come up with a workable design for plastic injection molding. Now all he needs are the funds. For a $25 pledge you get one set of Beach Chess that includes one black and one white cube as well as a set of instructions and a small cloth bag to carry the set in.

Behind the Design: "I Made a Bicycle For My Wife"