Considered to be one of the most iconic designs from architect and designer Buckminster Fuller, the Dymaxion #1 is one of three cars that were designed by the late designer in the 1930s. Although the zeppelin-esque design of the car is well-loved and has been etched-in to nearly every industrial design history book or class curriculum, it is far from being what most would consider being even remotely safe.

When the Dymaxion #1 was presented and driven at the 1933 Chicago World’s Fair, it made headlines and scared off potential investors after it killed the test driver and injured two passengers in a brutal crash. Unsurprisingly, the public lost interest in the car before it even went into production and it became known as a literal death machine.

In December of 2014, Jeff Lane, an automobile collector and owner of the Lane Motor Museum in Nashville, was able to get his hands on a Dymaxion Replica n after spending eight years researching and re-creating the car to a drivable state.

In an article published over the weekend in the Wall Street Journal by Rumble Seat columnist Dan Neil, Lane and Neil take the Dymaxion out of a spin in what was likely one of the most nerve-wracking, wobbly test drives either have taken.

“At no point in my test drive on the glass-smooth Natchez Trace outside of Nashville did I exceed 40 mph,” writes Neil.

“And several times I was seized with terror when the 20-foot vehicle developed uneasy, oscillating swivels, with the tail wanting to wobble like a shopping cart’s bad wheel. You drive with fingertips, breathless, very gently, because if you don’t…OOPS, WHAM! Over you go.” 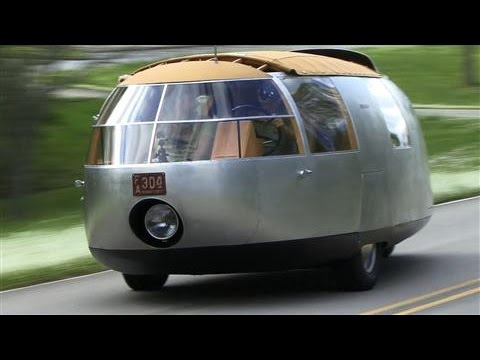 “It was an experimental time,” adds Lane.

“And the automobile business was a sexy business to be in, like Silicon Valley.”

Read the review in-full over at the Wall Street Journal.

How to Turn Your Apple Watch Gold with Casey Neistat