A big first in 3D CAD today. Shapr3D, together with Siemens PLM Software and Tech Soft 3D, has brought the full power of Parasolid 3D modeling to iOS, in the latest release of the Shapr3D iPad Pro app. (See announcement here.)

Siemens’ Parasolid is the most common 3D modeling kernel and Tech Soft 3D’s HOOPS Exchange is the primary CAD translation SDK helping make Parasolid so prevalent. Over the last 10 months, Shapr3D has worked with the Parasolid team to optimize Parasolid for iOS, and with the Tech Soft 3D team to bring HOOPS to iOS. The outcome is a 3D modeling app designed for mobile devices with a feature stack comparable to any desktop 3D CAD system at a price that beats them all.

In 2015, we first learned of Shapr3D that would launch in March 2016 as the first 3D solid modeling app on the iPad Pro. Even then, its feature set was well along the way to match popular 3D modeling applications and surpassing them with a workflow more conducive to mobile and use with a stylus, namely the Apple Pencil.

While that in itself is interesting, Founder and developer, István Csanády, tells us one of the most interesting aspects of Shapr is that they “have lots of users who are heavy weight SOLIDWORKS users, using Shapr whenever they can, but we also have lots of people who have been avoiding CAD for years/decades, but now use Shapr for designing and thinking in 3D.” He also tells us they have users from all kind of industries, from mechanical engineering to industrial design, and from architecture to jewelry design. “Everyone finds value in it, because it is so intuitive–we quite often hear, “this is finally a tool that actually helps, and does not get in my way.” I couldn’t agree more.”

On the development of Shapr3D, István tells us, “We have been working together with Siemens tightly to make this happen: creating the first real mobile CAD system running on Parasolid. This has not been easy, but the outcome is an incredibly robust and powerful, yet easy to use CAD system. We built a database style, transactional software architecture, that guarantees your workspace will stay intact even if the app crashes, so you can continue your work just where you were before. And we run everything locally, so your data stays on your device – I think this means a lot for quite a few people.”

Comments from the press release by Tech Soft 3D and Siemens PLM Software give you an idea on the state of 3D modeling on iOS and mobile devices in general.

“Finding a way to do professional-grade 3D modeling natively on a mobile app has been the something that so many in the industry have been striving for,” said Gavin Bridgeman, CTO at Tech Soft 3D. “The team at Shapr3D has taken mobile 3D CAD modeling to a new level, and the feedback we’ve seen from users so far is indicative of just how powerful this new app will be. We are thrilled to be a part of this pioneering journey to bring industrial 3D modeling and data conversion to mobile devices – a move that will have a lasting impact on the engineering world.”

“Siemens PLM Software has a proven track record of making Parasolid openly available to other software vendors, so that designers and engineers working in different domains can design, edit and share Parasolid models, regardless of their choice of application,” said Jim Rusk, CTO, Siemens PLM Software. “Working closely with Shapr3D accelerated our release of Parasolid on iOS, which has enabled us for the first time, to make Parasolid available to users and developers of apps for the iPad Pro.”

Parasolid on iOS available to users and developers for the first time… don’t underestimate the significance of that.

Shapr3D is available for free with a Pro subscription for $20/mth or $150 annually and free for students and faculty. You can download the iPad app here. Here’s a (very) quick overview of Shapr3D 3.0. Bit of whirlwind tour, but they’ve also released a set of new video tutorials on their YouTube channel. 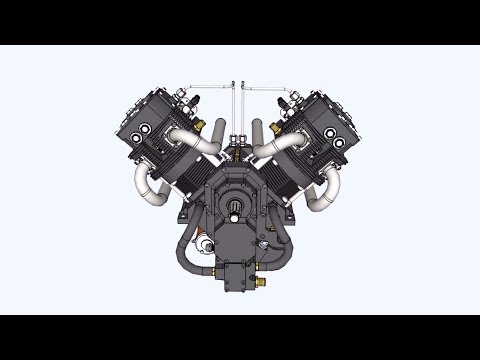