It’s not uncommon for SolidWorks World to feel a little bit like Christmas for serious CAD junkies. Not to mention, it’s a great time for partner companies to get their announcements heard while everybody is in the ‘holiday spirit.’

Among other announcements at SolidWorks World 2018 earlier this week, Meta is going to be the first company to provide 3D CAD viewing capabilities in augmented reality (AR) with SolidWorks applications. Essentially, the SolidWorks experience is getting transported into a new, even more immersive and intuitive dimension. Whaaaat?

Dubbed the “Publish to Xtended Reality” capability (which sounds pretty corny if you say it out loud), this new feature allows users to export a CAD model from SolidWorks to an open-source format known as “gITF”. Once converted, the gITF file can be viewed on a platform through a Meta 2 headset. File details including display states, color, model hierarchy, and animations are all retained during the conversion process.

According to the announcement, the new feature provides an “easier and more immersive experience than virtual reality”. The easy exporting nature is supposed to be a lot faster, as models don’t need to be made specifically for the AR headset. The more intuitive interface also means both seasoned and less experienced CAD modelers will be able to easily create their projects when given enough time with the new technology. 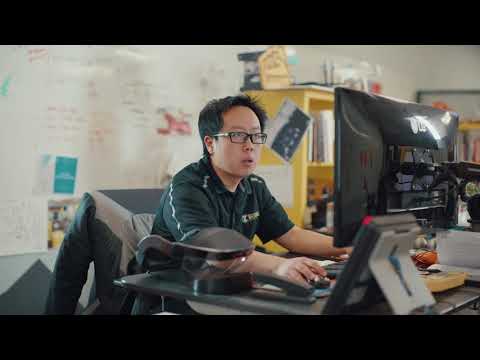 It will be a while before the project gets released to the public, but a few companies, such as Black & Decker, are already beta testing it and proving its capabilities. If you really can’t wait to play around with your CAD model in the real world, you can sign up for a private Beta invite over on the Meta webpage.