Mobile devices are, more and more, integrating 3D capabilities. There’s 3D modeling, of course, but also social integration, interactive home models, smartphones as 3D printers and 3D scanning (all the way back in 2011!), but it’s the mobile 3D scan apps that are really starting to become more prevalent. 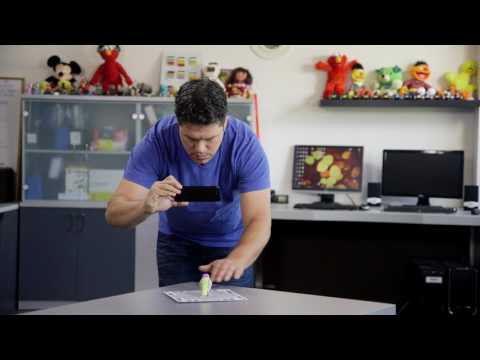 Enter Qlone. Qlone is a mobile app which allows you to 3D scan, upload, and export 3D objects in a variety of formats for modification in the 3D software or printing with the 3D printer of your choosing.

The scanning process starts with a piece of paper–the AR mat. To get your AR mat, print the target onto a sheet of paper large enough to fit the object of your choosing. View the mat through the app to establish an AR dome which takes your object (as long as it isn’t transparent or moving) and captures the 3D proportions. Slower movements and bright lighting help product better detail capture and hence better scans. An option to auto-merge different angles of the same object will help produce higher quality results as well.

Once you have a 3D scan, you can edit it using Qlone’s in-app modifiers – Texture, Art, Sculpt, Clean, and Resize. They aren’t as extensive as something like SOLIDWORKS, Sculptris, Blender, or even Simplify3D to prep it for printing, so you may prefer exporting the model.

Thankfully, Qlone allows you to do this as well. You can export your 3D file as an OBJ, STL, PLY, or X3D. But if you’re content with the raw scan (or have no idea how to use 3D modeling software), you can just skip the doctoring process and share your file on Facebook, Twitter, Instagram, WhatsApp, Line, Email and SMS. For the more focused 3D enthusiasts, the model can be uploaded to SketchFab or CGTrader, or sent for 3D printing directly via Shapeways or i.materialise.

The app has been out quite some time for iOS devices, but was recently released on the Google Play Store for Android devices and those which support Google’s ARCore (minus the 3d format export). It’s free for now, but expect in-app purchases to come once the ability to export 3D models happens.

Whatcha think? Is there another 3D scan apps you recommend?