For the ZBrush fanatics out there with a penchant for ooey-gooey digital clay modeling, this past weekend was an exciting one if you happened to be in Hollywood, California for the 2014 ZBrush Summit. The three-day event at the Gnomon Workshop featured everything from guest speakers and workshops to product demos and inspirational keynotes.

Perhaps the most exciting news to come out of this year’s summit though was the announcement of the new ZBrush 4R7 and Pixologic’s partnership with Luxion to include a ‘bridge’ between ZBrush and KeyShot. This will first be seen as “KeyShot for ZBrush” that will include the bridge, with the bridge available later for those who already have KeyShot. “KeyShot for ZBrush” is the full KeyShot HD edition, but limited to ZBrush import.

As a stand-alone application, ZBrush is one of the most versatile freeform modeling applications on the market that enables users to model, texture and paint in a highly-customizable workspace. The flexibility of the Award-winning program has made it a tool of choice for wide range of 3D modelers ranging from concept design and illustration to toy manufacturing, product design, jewelry design and motion graphics. The integration of the KeyShot Bridge into the existing design pipeline makes it that much more powerful for those looking to create high-quality renderings of their final models.

While the final release date is still up in the air (it will be sooner rather than later), Pixologic noted that they will be releasing a 64-bit public beta of ZBrush 4R7 on the same day that the 32-bit version is officially released for both Mac and Windows platforms. Those who already have ZBrush will get the free update to the ZBrush 4R7 64-bit, including “KeyShot for ZBrush.” Currently, they are wrapping up the final development of the 64-bit version before the final release.

As for the “KeyShot for ZBrush” package, the MSRP of $349 will be lowered to $249 for an introductory pricing period when ZBrush 4R7 is released. If you already have KeyShot, the KeyShot Bridge option is coming later and will require a user to already have Keyshot 5 installed on their machine. Full Q&A below the beta images shown during reveal at the Summit.

The KeyShot Bridge announcement was met with an as-expected enthusiastic response at the 2014 ZBrush Summit presentation on Friday (skip to 6:25): 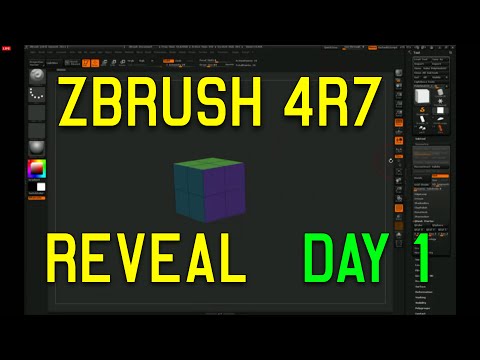 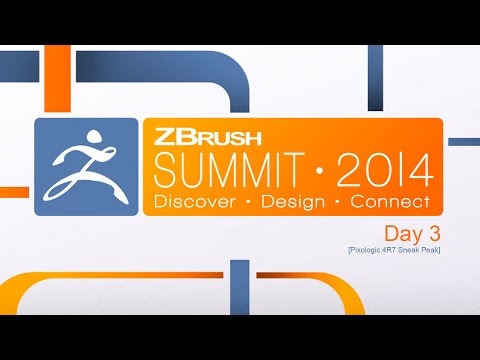 Q: When will ZBrush 4R7 be released?
A: Release date, upgrade instructions and feature list will be posted at a later date.

All registered users – including those who will purchase ZBrush between now and the release of ZBrush 4R7 – will receive the 4R7 update free of charge!

Q: What is a ‘Public Beta’ ?
A: It’s a special edition of ZBrush 4R7 64-BIT. The features are exactly the same as the 32-BIT 4R7 version but we have updated the core of ZBrush to take full advantage of 64-BIT processing power and memory (RAM) capabilities.

Q: Is the KeyShot for ZBrush Bridge the KeyShot renderer?
A: No. The bridge only sends data from ZBrush to KeyShot. You still need to actually have KeyShot 5 or above installed on your computer in order for it to be able to render.

Q: Which features will ZBrush 5 contain?
A: We are not announcing the features for ZBrush 5 yet, except that it will be 64-bits for Windows and Macintosh systems.