The folks over at WhiteClouds Labs certainly know how to strike the iron when the iron is hot. Their recently released video of Elon Musk’s (who is he again?) Hyperloop concept in 3D printed form is quite possibly the most satisfying rendition of any and all concepts posted since the open source initiative went into effect.

As awesome as it would be for the Hyperloop to exist, their are still strong arguments against it. Particularly, you can already fly from San Francisco to LA for $100 (Hyperloop would be $50) in one hour (Hyperloop would be a half hour). Creating an entirely new infrastructure above Interstate 5 would create an already nightmarish-commute even more nightmarish with endless delays due to re-routes, even less usable lanes, and most importantly, the cost to taxpayers both financially and from various other stressors.

But who cares? This is 2013 people! Every new sci-fi movie that comes out makes us humans feel more and more deprived of a future consisting of space travel, holographic computers, and something more futuristic than space ice cream and iPhones. Until the Hyperloop becomes a reality, the best we have is our imagination and hope for a future of faster, cheaper, and more sustainable travel that the Hyperloop completely and 100% embodies.

Which is why personal exploration projects like WhiteCloud’s ‘Elon Musk’s Hyperloop 3D Printed’ is so important to get more people on board with making this fantastic open source project a reality. Theories and renderings aside, the only true way to move forward with a project like the Hyperloop is to treat it as any other design project: start with sketches, move through CAD and 3D renderings, prototype, then rinse and repeat. So far we’ve seen great 3D renderings and ‘theories as to how it could work’, but seeing a scaled model of the concept (with accompanying animation) done in 24 hours just tugs at the heart strings like nothing else has.

WhiteCloud’s CEO Jerry Ropelato challenged his team of 5 to build a model of the futuristic transportation system with an included 3D animation:

“As a company we’re really interested in technology, and I thought it would be fun and interesting to take what we do every day and make the Hyperloop concept into something real. This really demonstrates the possibilities 3D printing offers.”

Each member took on the responsibility of a particular component of the Hyperloop and created 3D models based on the plans released by Musk. Once modeled, the parts were then 3D printed using various methods of 3D printing and assembled by the team. True to the original design, the model consists of pillar-supported tubes with transport capsules for the 800 mph system: 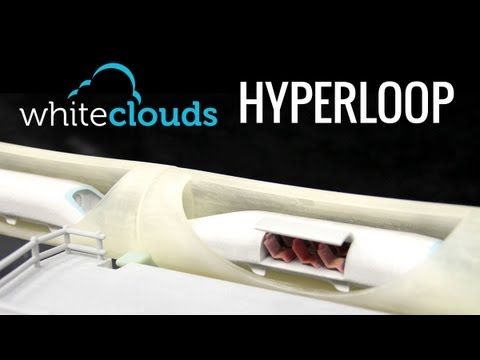 and for the animation: 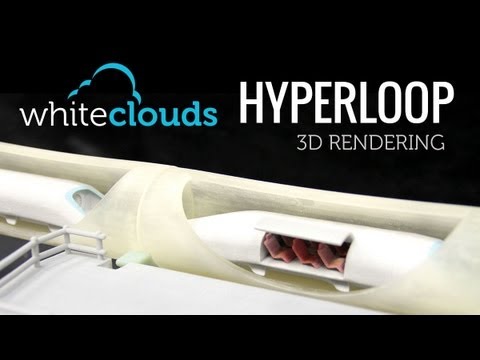 Get Your School On with a 3D Printed Pencil Grip