MakerSpace: The Facebook for Project Creators and Their Followers Launches Today

If there’s one thing that the growing “Maker” community can continually count on, it’s just that: a community of like-minded individuals who support each other’s growth in search of the next great problem-solving idea.

As some might say – “the proof is in the pudding” – one only needs to attend a Maker Faire event to see just how large this community has become; in addition to breaking record attendance year after year in both the Bay Area and New York City World Maker Faires, additional “Mini Maker Faires” have expanded to seemingly every country and major city.

Perhaps it comes with little surprise then, that Dale Dougherty – founder of Make Magazine and creator of Maker Faire – wanted to develop a solution for allowing Makers to expand their social horizons with like-minded people who can follow and contribute to the progress of creating any number of projects.

“I have always wondered how we could solve a couple of problems — where could I find Makers and their projects after Maker Faire? How could I easily connect to them and get more details about their projects? I saw a similar problem in visiting Makerspaces,” said Dougherty in a blog post.

“I thought the Maker community would be well-served if it were easier to connect to Makers.”

The resulting MakerSpace platform is an online community designed specifically for Makers with Maker-friendly features including multimedia upload considerations and a UI design that allows projects to focus front-and-center. While popular DIY sites such as Instructables encourage participation in the comments section only after a project has been completed and instructions documented, Dougherty’s MakerSpace puts a heavier emphasis on creating multimedia-rich conversations during and after a project has been made. 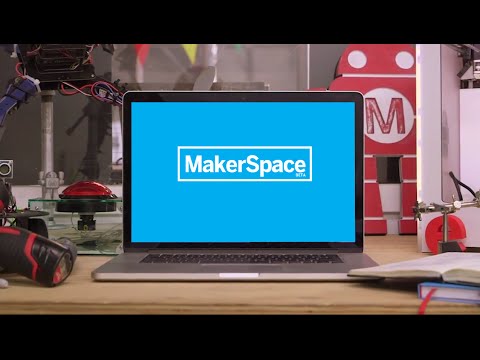 “Makers of all types will be able to create profiles that describe their interests and background,” adds Dougherty.

“They will be able to share projects and tell not only “how” they did a project but also “why.” These features will allow Makers to build their identity and create portfolios of what they do as Makers. In addition, as a community site, Makers will be able to follow each other and see new projects from Makers with shared interests.”

Inspired in-part by his own desire to reconnect with Makers who shared their projects at Maker Faires over the years, Dougherty is opening up the beta of the MakerSpace platform to those who have created projects that have been shared at a Maker Faire in the past. In the near future, he plans to open up the platform to the wider Maker community.