Whether you’re a fan of coolers with integrated Bluetooth speakers and a blender or not, the story of the Coolest Cooler isn’t about an insulated beverage container – it’s about what happens when a product sells tens of thousands of units literally overnight in the age of crowdfunding.

After famously raising over $13.25M from over 62,000 individuals for his Coolest Cooler Kickstarter campaign in the summer of 2014, inventor Ryan Grepper certainly had his fulfillment work cut out for him.

The Portland, Oregon-based, self-decribed “visionary, mad scientist and passionate supporter of the DIY revolution” had previously promised to deliver the Coolest Cooler to backers by February of 2015 – which would give users plenty of time before the summer months to plan their Margaritaville parties.

As is the case with many Kickstarter projects though, Grepper hit some snags along the way.

Gepper, who had previously updated backers in December of 2014 about the delay, sent another update to his backers in June that read:

“Even better, this means every Coolest Cooler we ship will include ALL the upgrades we’ve made for free. This means you’ll be getting a fully decked out $485 Coolest Cooler. Yep, they’ll be retailing for $485, but as a Kickstarter backer you got one heckuva deal!” 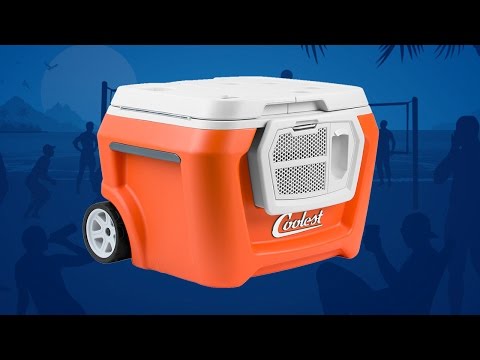 Despite the act of good faith, many of the Kickstarter backers who had purchased the cooler for $200 with the original features were understandably frustrated about not receiving any cooler.

Well, for those who may have ordered one, Grepper and the rest of the Coolest team are shipping the final cooler designs out starting today, which should arrive within the next couple of weeks.

“Every week we’ll keep making more and more, and shipping them to you as fast as possible — just like we’ve laid out in the last few updates,” added Grepper.

The company is now taking pre-orders for the next batch of coolers – at retail price – over at Coolest.

How Do You Upcycle a Scrapped Olympic Stadium? With Minimalist Furniture.

Architect Renzo Piano Explains How to Build the Perfect Sandcastle