If Zoolander was an actual person and came across Lance Abernethy’s miniature tool collection, there’s a good chance that he would ask “what are these? tools for ants?” – and for good reason.

Abernethy, who resides in New Zealand, has been actively building miniature ‘micro-machine’ replicas of his power tools for the past year that *ahem* actually frickin’ work. While he had previously created a functional cordless drill back in March, he’s back again this week with a working circular saw that operates just like an actual full-size circular saw.

To create the saw, Abernethy turned to Onshape to design the individual parts based off of parts from his own full-sized Makita saw. Once he had a working assembly, he then printed the parts in PLA using his Ultimaker 2 3D printer with a layer height of 21-40 microns and a shell thickness of .5mm. As for powering the small device, Abernethy has equipped the saw with an on/off handle that connects to a hearing aid battery. 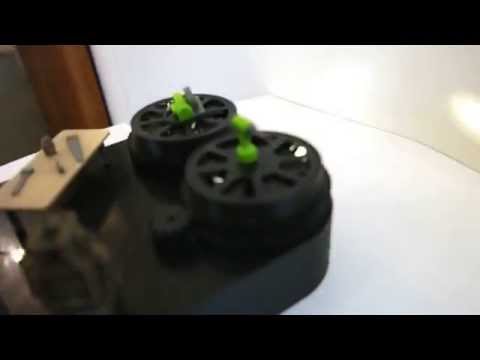 No word yet on what Abernethy plans to build with the tools – but at least toothpicks are cheap!