From production artists to design engineers, few design tools have graced the desktops of design professionals as much as a Wacom tablet. But of all the Wacom tablet models, the Cintiq Pro display tablet takes the cake for the most bells and whistles. Now, the Japanese-based company is kicking things up yet another notch for their flagship design tool.

Announced on Thursday, the Wacom Cintiq Pro Engine is a compact Windows 10 workstation module that, through attaching to a compatible Cintiq Pro, turns the tablet display into standalone creative studio—free from the need to tether to an existing workstation.

Available in two models—one most notably supporting the Intel® Core i5HQ processor with 16GB of RAM and the other most notably supporting an Intel® XEON processor with 32 GB of RAM—the Cintiq Pro Engine presents yet another interesting look at the current state of PC workstations today. Particularly, their increasingly diminishing size and capability to transport easily—while expectations to handle increasingly demanding applications continues to grow.

“It is our mission to help professionals create with the least amount of distraction and clutter and to give them the power to tackle the new spaces of creating content for AR, VR and MR,” explains Faik Karaoglu, Executive Vice President of the Creative Business Unit at Wacom. “The Wacom Cintiq Pro Engine provides a beautiful, easy to use solution for creatives everywhere.” 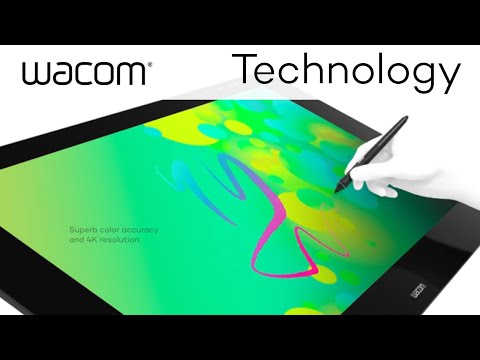 The company also announced that their 24-inch Cintiq Pro pen display (first announced late 2017) is now available—with the combination pen and touch display slated for a May release. An even larger 32-inch model is due later in the year. These two larger sizes expand the Cintiq Pro lineup to include 13, 16, 24, and 32-inch models for a variety of workflows and portability needs.

In an ever-expanding landscape of mobile-friendly computers and tablets, the decision to enter the market at this price point is a bold move for the company. But they, perhaps more than anyone in this space—know that their niche market of professional designers and illustrators aren’t going anywhere soon.

Stay up to date on the new releases and availability dates over at Wacom.

Cool Tools of Doom: ‘The Measure of Man and Woman’ by Henry Dreyfuss