Hand Me My 3D Printed Finger Phone (and Make Your Own)

Clothing, the oldest form of technology, and mobile phones, the most advanced form of technology… brought together. The Glove One by Brian Cera is part-glove, part-phone, part audacity, and all awesome. Tony Stark called – he wants his glove back. Brian is a native of Milwaukee, WI, self-described as an artist, designer and maker who dabbles in electronics and interactive installations the likes you’ve never seen. So, why did he create a phone you can wear as a glove?

The idea behind the ‘Glove One’ was to augment the human body with the wonder of high technology. The description on Cera’s website describes the reasoning as a sort of harbinger for the future where our body parts and machine technology become one.

It presents a futile and fragile technology with which to augment ourselves. A cell phone which, in order to use, one must sacrifice their hand. It is both the literalization of Sherry Turkle’s notion of technology as a “phantom limb”, in how we augment ourselves through an ambivalent reliance on it, as well as a celebration of the freedom we seek in our devices.

While the glove/phone combo may seem impractical, it doesn’t have to be applied only to mobile phones. There’s DIY hardware and haptic electronics. The ‘Glove One’ would mesh nicely with 3D software control systems like MIT’s T(ether) or Microsoft’s Interactive Display, among others. Say you’re working with people around the world on a design project. With one of these systems, damn, you could turn on your hand’s speakerphone and Voilà, A 3D interactive, collaborative, hand-gesturing, CAD sandbox… yeah. Who needs fancy capacitive OLED screens and peripherals – you just need a computer and a connection between this glove and a computer equipped with motion-tracking. Done. 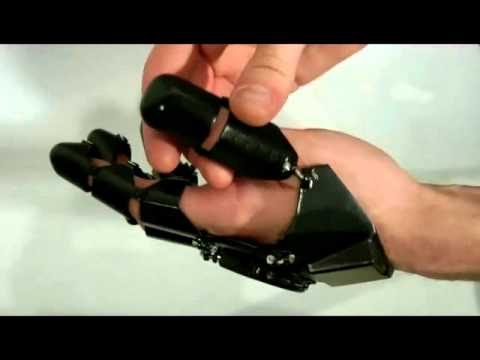 You also have the opportunity to make this phone yourself. Brian has posted the full how-to at Instructables.com. Brian takes you through all the process, from concept and developing the CAD models to fabrication. 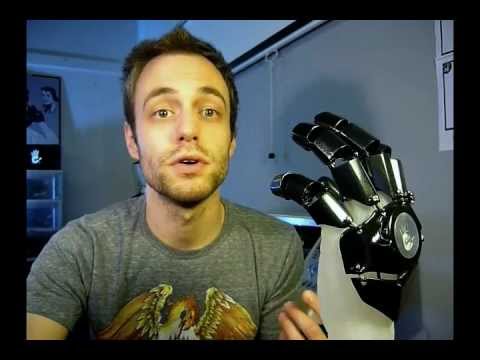 New Cadjunkie Series Gets You Going in Rhino Tips and Tricks