It’s been years in development, but the chance to see giant robots fight to the metal-crunching finish is now upon us.

The only other known piloted mech was a similar 9,000lb metal beast from Japan’s Suidobashi Heavy Industries. MegaBots challenged them to a matchup in the ring with melee combat—and they accepted.

And next Tuesday, October 17th at 7 PM PT, this epic duel will finally be streamed over on Twitch. While it will be streamed for the first time, the event will not, however, be streamed live. Due to the nature of huge robots battling each other to the death over multiple rounds, each team had to stop and make repairs over several days. The upcoming stream on Twitch is a consolidation of all the rounds without the repairs. 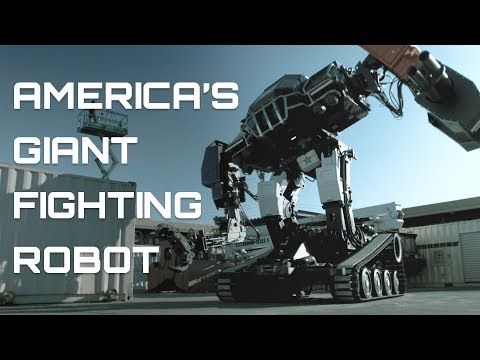 “After two years of breakthrough science and engineering, MegaBots and Suidobashi are finally ready to bring the world the battle of the century. The all-new MegaBots Mk. III robot is a full combat-capable 12-ton, 430-horsepower steel crushing beast. Strap in and get ready. Things are about to get absurdly epic.

Save the date and get those beers ready—the action will be going down right here.