Cap chewers raise your hands! Does your BIC pen cap look like the aftermath of a five year shrapnel-testing frenzy after one day of use? The plastic… IT TASTES SO GOOD. Well, you can toss the whole pen for a fresh cap or flick that gnarled mess into your coworkers salad and slap on a replacement. But this replacement may just quell your nasty gnawing habits because 1) it’s a cap with a wiggly bit that doubles as a stylus tip and 2) the price will have you thinking twice before gumming at it for hours. Lab02 has released the Dragonbite stylus and it’s one that adds a bit of style to your pen and provides that ever-so-fluid approach to sketching on a tablet.


You will recall the 3D printed pencil grip that Lab02 created just last year. You might say the Dragonbite stylus is the next obvious accessory for writing implements in our wonderful, mobile device driven world. What I love about this add-on most is that it’s not just another new stylus/pen combo. It’s a cap replacement for the ever so common BIC Cristal ink pen. Sippin’ Cristal bubbly while using a Cristal pen WITH A 3D PRINTED STYLUS CAP. That’s some intense after-hours style you’ve got there. The Dragonbite was designed by the dynamic duo, Vangelis Hadjiloizou and Dinos Costanti, out of Nicosia, Cyprus who have been designing and making for the better part of their lives. They turned to Solid Concepts to manufacture the stylus from carbon-filled nylon (NyTek 1200 CF), a next generation, high performance SLS material used for production parts in the aircraft and automotive industry.

The pen cap stylus will cost you €18.65 ($25.80) and can be purchased directly from their online store and, yes, stock is limited. 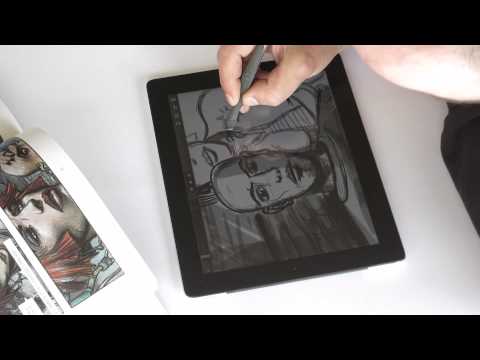