The excitement that used to come with each new “revolutionary” desktop 3D printer a few years ago has since quieted down in a major way. While technologies like HP’s Multi Jet Fusion and Carbon’s CLIP can hold their own and even generate mainstream news coverage, these are geared towards professionals at price points that are generally only accessible by an industrial firm rather than a casual garage maker.

Which is why the recently announced Pam 3D printer from Pollen presents a curious case study into what the near future might hold for desktop 3D printers as consumer interest wanes while the industry itself – and professional usage – continues to grow.

Priced too steep for consumers yet at a bargain compared to typical industrial 3D printers, the $9,000 (presale price before hiking up to $18,000) multi-material FDM 3D printer promises to print thermoplastics, silicones, composites, filled materials and more with industrial grade quality using a variety of material pellets rather than filaments or powders. According to the company, these resulting prints are capable of having various flexibility, elasticity, strength, transparency and colors characteristics for rapid prototyping and short run manufacturing. As a full-stack printing ecosystem, Pam also includes software built into the printer that connects via WiFi to the company’s own Cloud-based Honeyprint software. 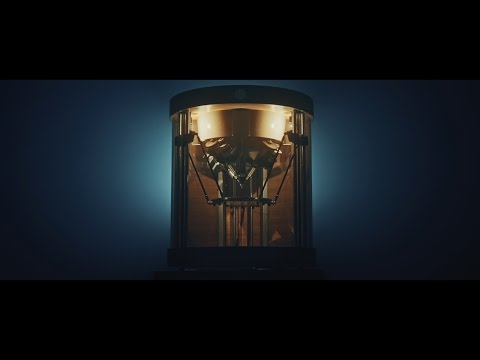 One of the more interesting features of the printer is its industrial design. Over the years, interpretations of a “desktop factory” have yielded some interesting results ranging from the futuristic to the utilitarian. For theirs, the Pollen crew carved a new look and went with a traditional artisanal maker aesthetic – all the way down to leather straps and brass tacks on the filament cartridges:

“From its electronics to its mechanical parts, we have stopped at nothing to design and engineer Pam,” says the company. “For its performances, of course, but also for its aesthetics. We believe a 3D Printer should be a pride to be exhibited.”

Of course, none of this really matters to the bottom line of what designers and engineers are more worried about: the design and performance of their own products through iterative prototyping. Unfortunately, the company shows very little in their promotional video in terms of an end product, however, they claim that the delta-style printer can print objects with 40 μm precision in a build volume of 30 cm (diameter) x 30 cm.

While the printer does look promising, we’ll have to wait until 2017 to see for sure. Find out more by heading over to Pollen.