Although we’ve been seeing some incredible developments in additive manufacturing over the past year ranging from 3D printers that can print in zero-gravity environments to 3D printers that can produce high resolution objects in just minutes, it’s no secret that there’s still a lot of terrain left to be discovered in terms of one day using additive processes to create more complex multi-material assemblies.

While there are existing multi-material 3D printers on the market – such as the Objet Connex 3D Printers from Stratasys – they can cost upwards of $250K with materials costing $500 per kilogram and are more limited in their material range. In contrast, the CSAIL team were able to build their 3D printer for less than $7,000 since it is built exclusively from off-the-shelf components.

Although the 3D printing capabilities are certainly impressive, the team were also able to embed a high resolution 3D scanner into the system, too. Working in tandem with the printer, the scanner constantly monitors how a print job is performing to ensure that no mistakes have been made from layer to layer, fixing any mistakes as it goes. Additionally, the scanner is capable of recognizing objects that have been placed on the print bed for either traditional 3D scanning processes or for printing directly onto existing objects. 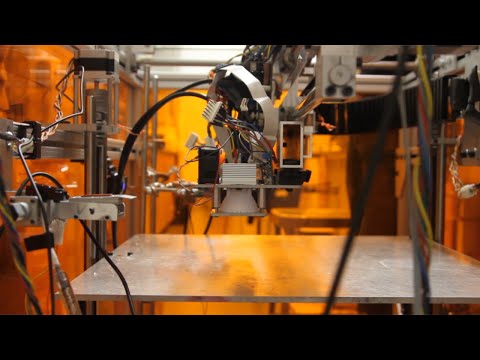 Between the faster print times that Carbon3D is promising with their CLIP technology and now this, could this be the beginning of a revitalizing new revolution in 3D printing?

Find out more more about the MultiFab 3D Printer by reading the team’s published paper.